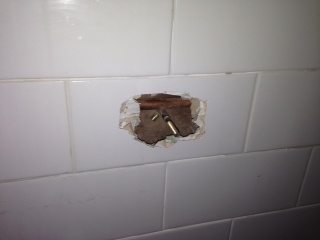 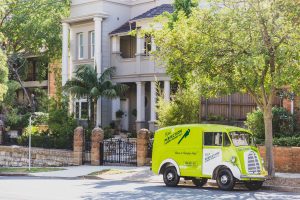 When Pipe Perfection Plumber’s Kevin Lawrence received a callout to a familiar customer, Pippy (the J van) thought he’d be checking up on the hot water system. Instead, the house was dripping wet.

Being a vintage van, I love other vintage things. So when Kevin and I arrived at an older house in Stanmore I immediately recognised its well-worn but well-kept features. When we got there, it turned out that there was a leak that had escaped from the bathroom to the rest of the house, causing havoc for the couple living there.

Mr Stanmore had, at the weekend, installed new fixtures in the bathroom. For a non-plumber, Mr Stanmore had actually done a very good job of the DIY renovation, according to Kevin’s professional opinion, but for some reason two days later there was water coming from somewhere and it was leaking throughout the house.

Usually in this situation it’s one of three things:

Whilst the likely cause might seem obvious (i.e. a hole in the pipe during DIY), Kevin never assumes. There’s nothing more annoying for our customers to have to call us back because all the issues weren’t fixed.  Kevin completed his entire testing procedure. He found out the leak was coming from the hot water pipe in the bathroom, so it was likely that whatever Mr Stanmore did during the renovations had caused the leak. 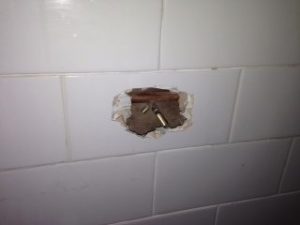 The bathroom leak was located down to one tile

Finding the exact location of the leak was something close to magic. Kevin first pumped some nitrogen through the pipes. The nitrogen escapes wherever the leak is and makes a barely audible hissing sound, which means he can then detect the source of the leak. Now, being a senior—ahem—my ears aren’t what they used to be, so it’s a good thing there’s special sound equipment for the job.

Detective work proved the crack was behind the new vanity unit. I was bracing myself when Kevin turned to Mr Stanmore with the news. Would they have to pull off a whole heap of tiles to pinpoint that hole in the pipe?

I needn’t have worried. Kevin broke just one tile to get to the leak. It was such a small crack that all he needed was some silver solder to patch it up.

Turned out that when Mr Stanmore re-installed the vanity, a nail had pierced the pipe, causing the leak. It was only a tiny ding, Kevin told me, but it was enough to become a big wet mess.

Using the specialised equipment meant the job took just a few hours as opposed to a whole day or more, saving Kevin a lot of time and sparing Mr Stanmore a big bill. Not only that, it meant we didn’t have to destroy the wall of the bathroom to find the leak. So apart from replacing that one tile, there was no rework required. That would have been a bigger mess!

If you’re going to tackle a renovation yourself, try to locate the pipes first so you know where all the important bits are. Then you know where not to hammer your vanity into the wall.

Have you ever made a mistake during a DIY renovation?