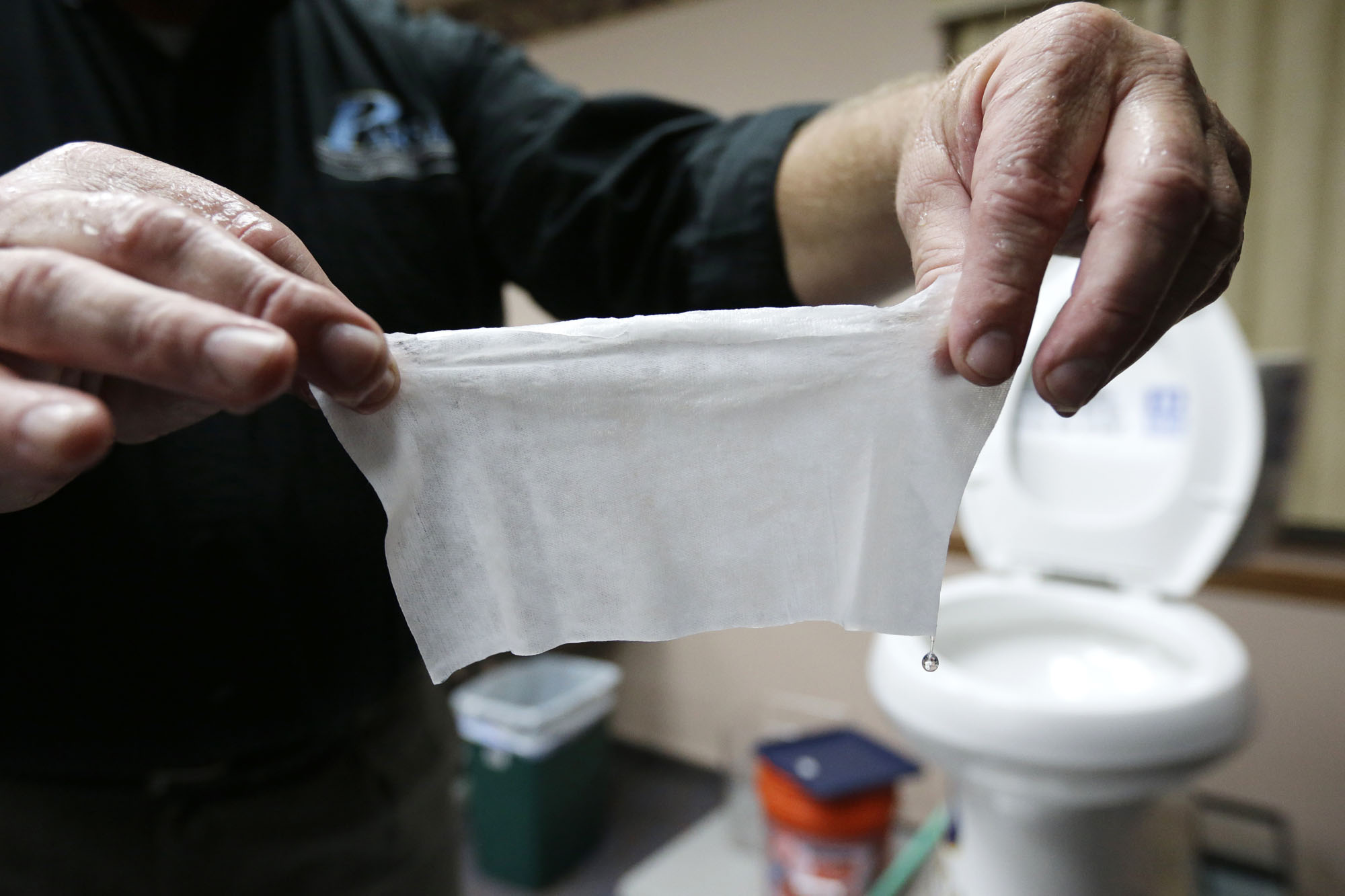 Darren Clancy, head plumber at Pipe Perfection Plumbers, almost gets wiped out at a house in Marrickville. Pippy the J Van was there to witness and report on the failed flush.

When we pulled up to a new two-storey house in Marrickville, I thought we would be there to install the plumbing, so rarely do brand new sewer pipes have problems. Instead, we were greeted by a sewage stench and some very worried looking uni students. Yes, the pipes were active, so why was sewage running through their backyard almost to their laundry room? 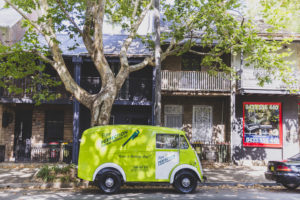 Pippy was not impressed with this blocked drain!

Darren got to work, immediately identifying the problem as a blockage. He had a go at clearing the drain but struggled to see the way through. He thought it was something solid until he started grasping face wipes. So many face wipes it was a like a magician’s handkerchief, a never-ending stream of the once-white squares bundled up, blocking the pipe. Normally with a blockage we’d just go down and clear it but unfortunately in this case even our machines were running into trouble, getting caught in the drain because there were so many wipes in there. If there were only a few it might not cause such a problem, but it only takes a couple to catch in a pipe of 100mm in diameter to start a blockage. 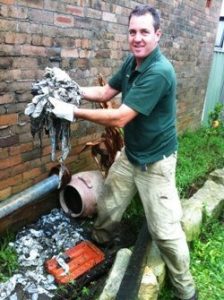 Darren clearing the blocked drain of the baby wipes!

Darren had to call the big guys at Sydney Water for a drainage diagram. A drainage diagram shows us where the boundary trap is, which is the bit outside the house that leads to the main sewer. Or at least it should… the drainage diagram turned out to be a work of fiction, so Darren had to pull out the pipe locating kit and cameras to find the thing before we were actually able to do any work on the sewer. When he opened it up, he saw another blockage further down than the original one and once we cleared this one the sewer started running properly. What a relief!

The most expensive face wipes in the world?

All in all the job had gone from a simple blockage to the discovery of one thousand and one wipes to getting a misleading drainage diagram to the detective work to find the boundary trap —and then fixing the plumbing. It was a one-hour job that ended up taking half a day. I’d say they were the most expensive face wipes in the world! Darren asked to see the brand of face wipes the girls had flushed. Do you want to know a big joke? The packet said the wipes were ‘flushable’. “They don’t break down for a long, long time, they’re like a rag,” Darren explained. “The ones I was pulling out of this drain – we couldn’t even rip them with our hands.” I’d like to be the plumbing van that pulls up to that marketing person’s sewage flooded house to see whether they still think the product is flushable.

Do you ever flush wipes down the toilet? (Don’t!)