Flushed away… or the makings of a sewer monster? 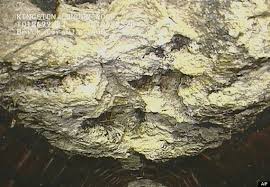 What happens when you pour fat down the drain… and why ‘flushable’ wipes are not to be flushed. 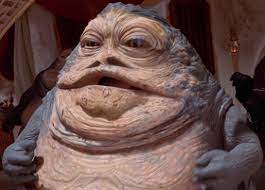 What weighs 15 tons and lives in a London sewer?

Fatberg. No, we’re not talking about a distant cousin of Jabba the Hutt—although the resemblance is uncanny—but a real lump of fat the size of a bus stuck in the main sewer pipe under a suburb in southwest London! Fifteen tons of it. When residents of Kingston complained to Thames Water that they had trouble flushing their toilets, the water company sent an environmental remedial team to check it out. The team discovered the large blob of fat, also containing thousands of wet wipes and other things one tends to find down a drain, reducing the main pipe to just 5% of its capacity. File under ‘things you never want to see or touch or smell’…

Click the image to view a video of the London Fatberg. Warning: we don’t recommend watching this while eating!

It took the team 10 days to remove the blob and six weeks to repair the pipe. If not for their intervention, Fatberg would have caused raw sewage to leak out of nearby outlets. Fortunately those clever people will be able to filter the fat and use it for biofuel—not such a waste after all.

To prevent your suburb from growing its own version of Fatberg, here are some helpful tips for what not to pour down the drain. 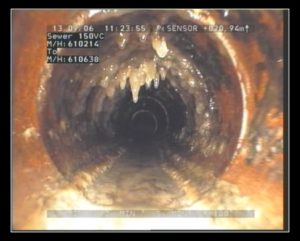 Fats, oils and grease sticking to the drain walls. Courtesy of Icon water

If possible, fats and oils should be collected and binned rather than poured down the drain. Greasy substances are often the culprit when it comes to local blockages, and even if they manage to slip past your pipes they end up clogging the pipes further along, forming little ‘Fatbergs’ elsewhere.

If it’s solid, don’t flush it. The remedial team found trash stuck in the Fatberg, which means people were putting things down the drain that belong in the bin.

‘Flushable’ wipes are actually not flushable! Think about it: wipes are designed to stay moist and intact for long periods so they are not going to break down the way toilet paper does when they hit the water. This means they tend to get caught in other solids that you flush (ahem), which turns into a lump in the pipes. As soon as something is lumpy, it attracts more solid waste, and then… FATBERG. If in doubt, throw it out—don’t flush it… or you could be feeding a sewer monster.

Are you confused about what you can flush? Ask our experts!

About the author: Pippy is a vintage 1954 Morris J van whose role is Head of Happiness at Pipe Perfection Plumbers (PPP). She putts around promoting PPP’s expertise in vintage plumbing bringing a smile to the faces of the residents of the inner west and eastern suburbs of Sydney.